5 Monstrous Truths Why Music Festival Should be Banned

Thought of banning music festival never, even once, occurred to me until I saw a user’s honest review on one of the biggest music festivals worldwide. I dig deeply later and come up with this article to let you aware guys. Music festival is the best thing ever happened to this generation. We were tired of celebrating historical festivals until live concerts arrived.

Music festival has really changed the way we enjoy and celebrate something together. It is a wonderful occasion of capturing lifetime events with our loved one. There are numerous benefits of music festivals. A few of the includes:

And many more there are. But as you know two side of a coin will not ever be the same, it contains drawbacks as well. Some of them are a way serious that will make you think of banning in the first place. But proper implementation of rules can bring things together. 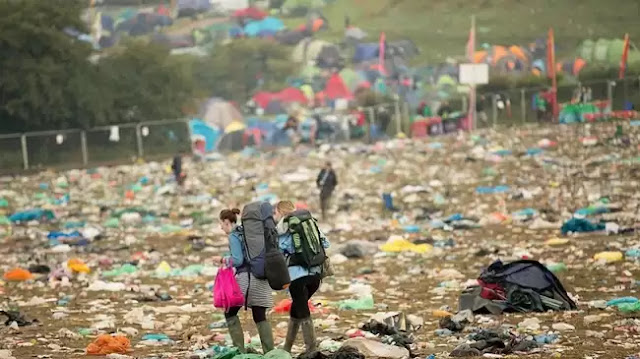 ‘You are the result of your association” is perfectly suits this situation. As most of such festivals are allowing people of 18+, kids are fortunately saved from crap. Doing activities without shame is the commonly occurred. Group of adults are not hesitant of making of joke of people. This is gonna stay forever in usual manner after the festival too.

Music festival without fights is next to impossible thing. It’s not fun really. Fighting without any points is useless and you know our youth more than anyone, right? It harms nearby people physically. Though it will be in small manner, but who wants to have sprained ankle of wrist in such good environment?

3. Introduction of drugs and consumption of alcohols

Though they will be a ban on drugs, believe me there no things such as ban especially when it comes to drugs. Youngsters are getting high on drugs dancing without knowing who is nearby. According to a fact of download festival, 600,000 litres of wine pints were consumed during the event.

This should really be expelled from every music festival. You can’t predict behaviour of people especially when gathered for joy. Throwing cups full of wines is a common thing over these festivals. But folks also reported propelling cups filled with pees. This is something which should be condemned.

5. Wastage of water and food

According to a report of FAO, 815 million people sleep hungry. That is 10.7% of entire humanity who don’t have proper foods to survive. And, look at this fancy music festivals wasting foods and water knowing stuff. Many festivals offers water for free but imagine water tanks with 40.000 people.

And, rush towards the stages has killed many people so far. I mean losing precious life for just a rush? Come on, man! Considering such facts, Argentina had banned music festivals in 2016-17 for considerable amount of time. But things happen and people forget like a flow of water.

Banning music festivals may not be the solution regulating them with more strict rules can the absolutely possible. Rules and strict actions can only put people in a disciplinary line. Otherwise, there won’t be any difference at all!
Posted by Robert John at 11:26 PM No comments:

Robert John
Solo traveler who loves to explore this planet!